Those ancient Greeks were a wild bunch. 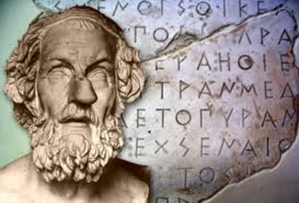 riter person was quite obnoxious.

As it happened he finally got up someone’s nose so badly that he received a punch on HIS nose.