A couple of weeks ago Julia Gillard made a speech in Parliament. 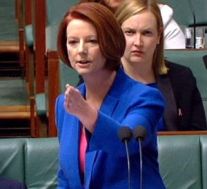 Luckily we had the Press Gallery to put it into context for us or else we may have thought it was an impressive performance.

The Keepers of Reality were able to explain to us that she had mis-used the word “Misogynist” and that this invalidated all the content.

So we had what seemed to be a very good speech downgraded to a FAIL because of a mis-used word.

Then this morning I listened to Joe Hockey, our wonderfully erudite and skilled economist who is currently exiled to the Shadow Treasurership.

He was able to put into context several words I have been mis-understanding for years. 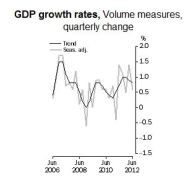 Zero; “Zero, it would be a recession.” This shows how stupid all the economists in the world have been for decades. Joe has nailed it. We did not escape the Resession in the 2008 Global Financial Crisis. Because our growth dipped below the trend of 1.5% per quarter in 2006, we were in recession! The last two years of John Howard’s long Prime Ministership saw Australia in a recession. Joe Hockey should be a little quieter with his Hockenomics. Surely he doesn’t want to publicise the failure of his political hero. Certainly, Peter Costello will be unhappy to have the truth of his Treasurership revealed.

So what Joe Hockey did was to make a speech which did not misuse words but redefined them.

Forget Keynesian Economics and Alan Greenspan. Leave the Monetarists and the Institutional economists out of the equation.

Now, in the interests of context, we need the dictionaries and the economics lecturers of the world to bring their outdated meanings up to date.

Hockeynomics will be the saviour of the world economic system.

Flatlining GDP is below trend and zero GDP is recession. All our economic readings need to be re-read to take these important and indisputable definitions into account.

This is easily done if you include “eleventy” in your counting system.