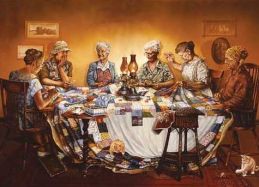 The Canberra Press Gallery had closed up up shop for the day.

Just a few stragglers were still wandering the corridors of Parliament House.

For weeks there had been hints of quiet grumbles amongst Labor MP’s and Senators. It was seen as just Kevin Rudd being Prime Ministerial and a slight loss of public popularity was unimportant. Nothing worthy of being splashed across the front pages.

No one saw the deep dislike Rudd was engendering amongst his colleagues!

Not Kevin himself and not the Press Gallery. No one saw that it was a not just a saucepan simmering on the stove but a pressure cooker about to blow!

The Sydney Morning Herald had reported that that morning Kevin Rudd’s Chief of Staff, Alister Jordan, had talked to over half of the Labor caucus to gauge the level of Rudd’s support within the party. This followed significant media speculation that his deputy, Julia Gillard, would challenge him for the leadership.

It was sudden. It had to be an execution.

When it happened, it happened quickly. Kevin Rudd was not the sort of person you warned. He was told that there was going to be a spill the following morning and that the challenger was going to by Julia Gillard and that it was a fait accompli.

The few remaining Press Gallery representatives had an unexpected scoop. Many of their colleagues were caught out.

Mollie Sugden’s line from “Are You Being Served” was the immediate reaction.

The reporting over the next few days reflected the embarrassment of the Press. It was sudden, it was not foreseen by those paid and trusted to foresee these events. So there had to be blame allocated and where else to lay the blame but at the feet of the new Prime Minister.

There had been no chance for the typing circle to discuss, pontificate and make “informed” comment in the weeks leading up to the event.

With no warning there had to be something underhand about the whole affair.

October, 2012 and the warning signs are out.

The Liberal Party is currently placating the Press with a careful build-up to the deposing of the Leader of the Opposition.

Despite the solid backing of the

public and private media overlords in Australia, there is a reluctance to upset the common wordsmiths who have prostituted their talents in an unthinking support for Tony Abbott.

Abbott has growing unpopularity and an increasing number of indefensible gaffes. The mental gymnastics required to either overlook or support him are becoming an impossible daily task.

And so we have seen a slow but growing undercurrent of criticism. A gradual shift from unquestioning support for the “ageing student politician”. A necessary change in position for the scribes. They must have a chance to show that they have not been unthinking in their support for an increasingly unpopular leader.

Without hints and titbits being thrown to the Gallery, there could be another resentful backlash from the Press. We are seeing an “orderly transition of power” being undertaken by the Liberal Party in Canberra.

So the Press can keep its dignity and will be able to say, 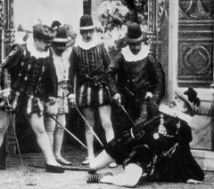 “I told you so.” Removing the words “Assassinated” and “Executed” from the subsequent reporting.

At the same time the Media Overlords are reminding the Electorate of the sly, underhand way the ALP goes about changing its leader.

No one yet knows the date or Abbott’s replacement. That is not necessary. All that is necessary at this stage of the News Cycle is that we, the public, are given hints that change is coming.

For we, the electorate, are a herd of delicate creatures and must not be shocked by sudden, unexpected events. We must be prepared for, warned about and advised of change.

Without it, we may stampede in an unwanted direction!