Willem de Vlamingh (b1640) was a Dutch sea-captain with the VOC (Dutch East India Company)who explored the south west coast of Australia (then “New Holland”) in the late 17th century.

On 10 January 1697, he ventured up the Swan River. He and his crew are believed to have been the first Europeans to do so. He named the Swan River (Zwaanenrivier in Dutch) after the large numbers of black swans that he observed there.

There is now a large sundial which commemorates the approximate position of where he reached. It is just below the Wheel of Perth and I was able to get a shot of it. 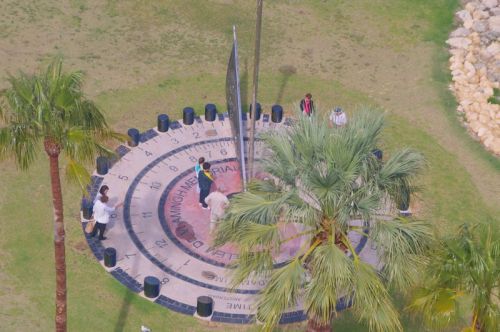 This is one of those shots where all the action has not yet happened.

The theatre; The Swan River in Perth, Western Australia.

The setting; Taken on Tuesday from the Eye of Perth as some early winter storms were approaching, they hit on Tuesday night and continued through Wednesday. By Thursday morning there were just occasional squalls.

The actors; the Red Bull Air race pilots. You can see some of the bits and pieces for the race on the Swan River in this photo. You can also see the threatening clouds in the sky.

Note!  This is the part of this post which is the Sky Watch entry. 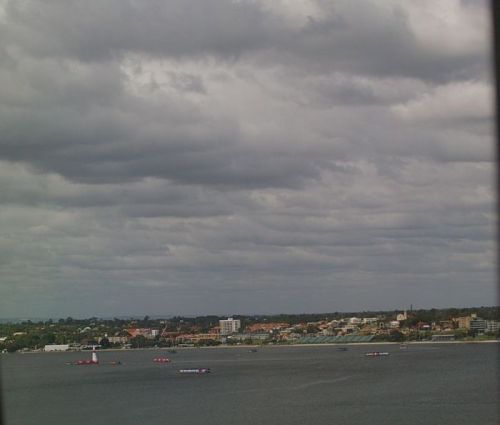 On Thursday morning Brazilian pilot Adilson Kindlemann, 36, was attempting a knife-edge turn around a pylon when his plane’s wing clipped the water and crashed. I think this is the first crash in a Red Bull Air Race since it began.

I didn’t take this image – it was released by Red Bull. 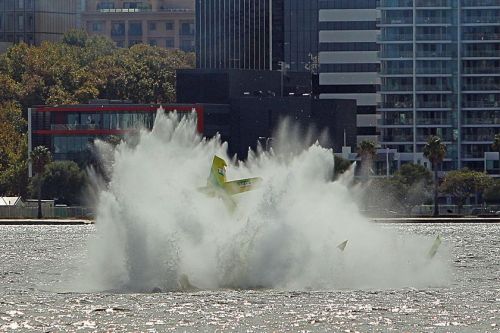 The pilot was taken to Royal Perth Hospital with minor injuries including whiplash. So there is a happy ending to the story.

This is the jetty near my home.

It pokes out into the Swan River and I enjoy walking its boards.

Talking with the fishermen, making friends with resting birds.

About a metre above the water.

But not on a day of a high tide and a strong upstream wind.

Luckily, it is only on the odd day that this happens. 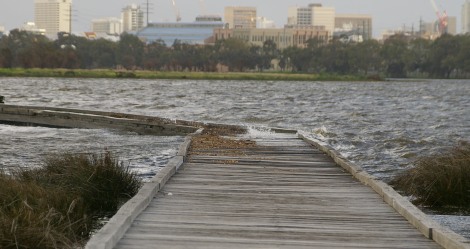 Posing for a Portrait

There was a swan on the Swan River at Maylands, yesterday.

I caught him framed by the jetty. 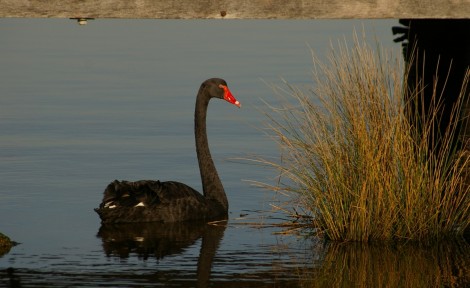 When I walked out onto the jetty, he came up to me and begged for his portrait to be taken. 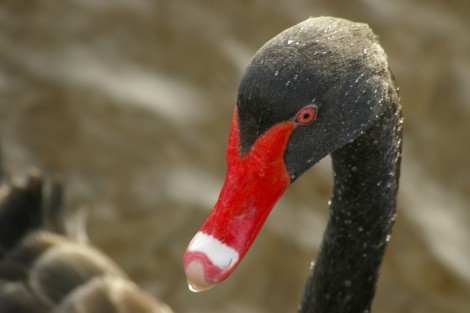 Actually, with eyes like that, I fear he had celebrated something a little too long the night before!

Is someone due for a surprise present on the Swan River? 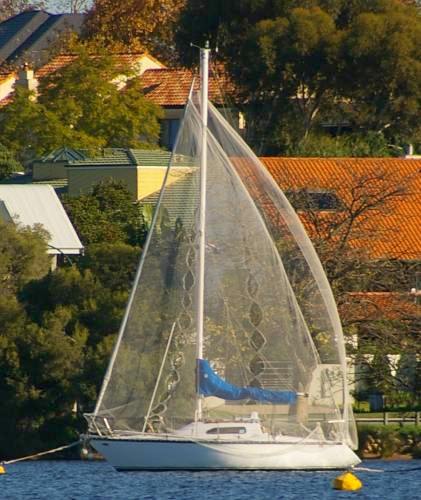 Or is it just to keep the birds away?

The forecasted high winds did not eventuate and it was a pleasant day spent with friends.

We were honoured by some special visitors who decided to play around the boat for a while. 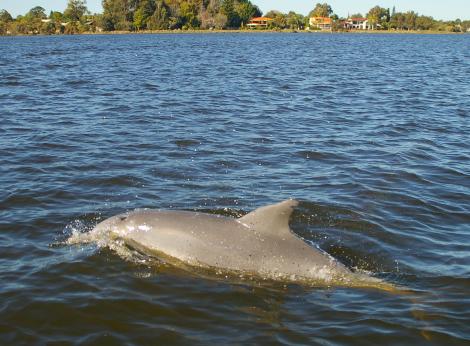 I know I posted some dolphins a couple of weeks ago in cloudy, dull conditions. These were in sunshine and even closer so I feel they deserved a viewing here in Camera Critters. Katney has a list of more Camera Critter Bloggers.

Sometimes large Indian Ocean storms move in onto the coast of Western Australia.

The high precursor clouds can fill the sky for twenty four hours before the wind rises and the active part of the storm strikes with its lightning and rain.

Last Friday was just such a day. Through the day the cloud increased, the air became still and the sky slowly disappeared.

By late afternoon the river was reflecting the sky in quiet repose. 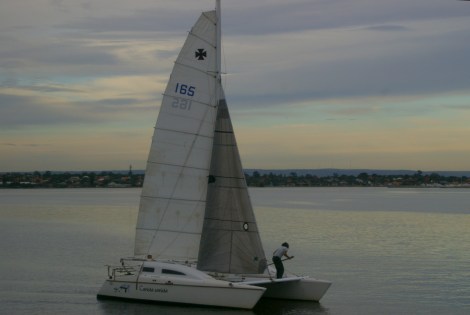 On Saturday the heavens unleashed their fury. 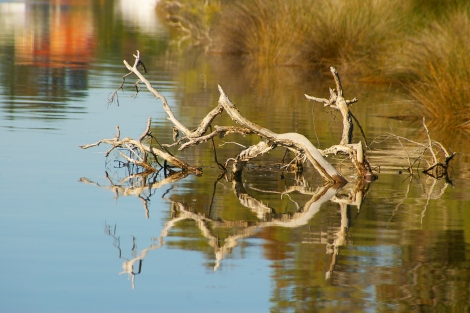 After an afternoon on the Swan River, cruising upstream from the Port of Fremantle to the Old Perth Port (aka The Barrack St Jetties) I was pleasantly weary. The free wine-tasting was  partly to blame.  So was the  darkening sky.

I perform at my best under bright sunny skies. The sky on Friday had spent all day gathering clouds. Now, close to sunset, the evening had come in earlier than expected. Everything had become dull and grey. Even the water was reflecting grey back at the sky.

As we moored, there was a sudden increase in energy from the lethargic passengers. Something had disturbed the flat surface of the Swan River.

Dolphins! Hunting. About a dozen of them. 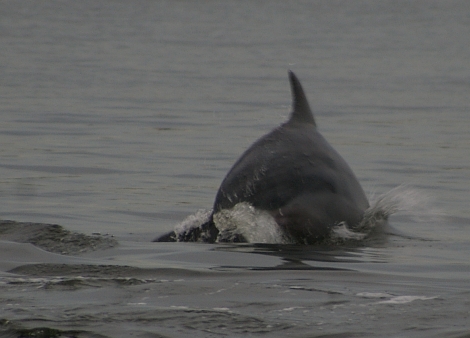 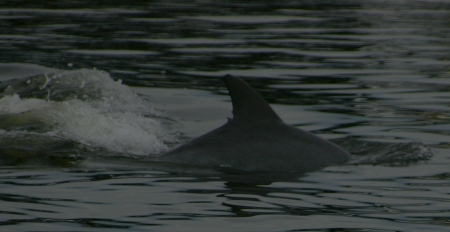 I had difficulties with focus and sharpness. Shooting totally on the fly, using a slightly slower shutter speed because of the lack of light; those dolphins are FAST! I had to accept four reasonable images from around fifty snaps. Not a good return.

The bonus was simply being in their presence. 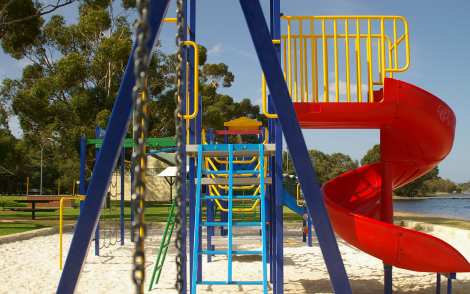 Downstream along the Swan River to Windan Bridge, from my balcony, on a smoky, still morning. 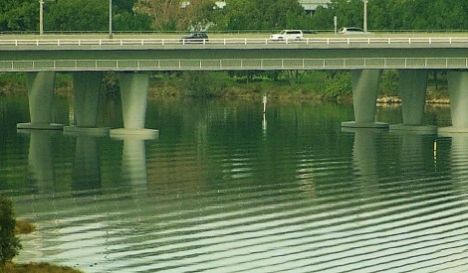 The fish were jumping the other day.

There was a weather change coming and the insects were flying across the river.

Small fish were having a feast, leaping out of the water, snatching snacks.

I tried to catch a fish out of water but, after 300 shots (thank goodness for digital cameras) this was the nearest I got.

Just after splashdown. There he is, on the right, swimming away.

So that why this is odd – A photo of a jumping fish – without the fish! 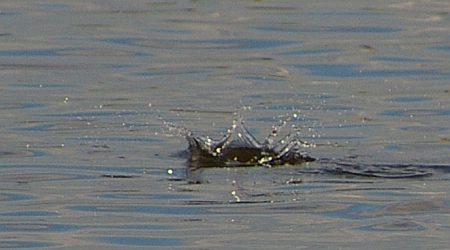 Morning on the River

I went down to the river yesterday.

It gave me a chance to look at the world through my new lens.

I still have some learning to do with my new polaroid filter as well. 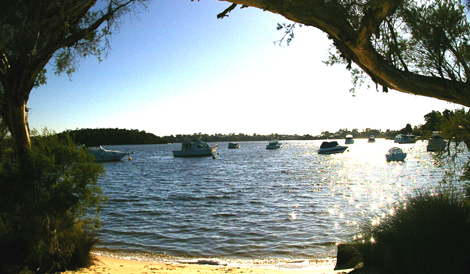 I went for a stroll along the Swan River today.

Others travelled a little faster. 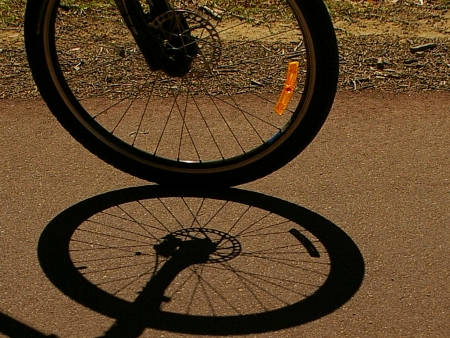 Yachting on the Swan #5

As the race neared its end, I moved from the jetty to the finish line.

I looked along the riverbank and spotted someone enjoying a different version of the river life. One which predates the arrival of sail on the Swan. 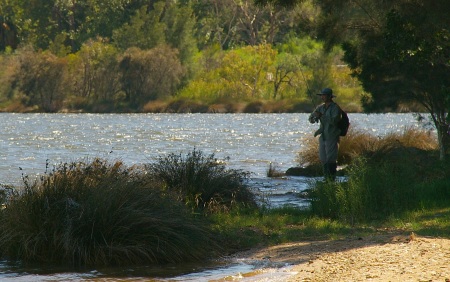 Looking down, I was struck by the  water’s edge which changed with every small wave break. 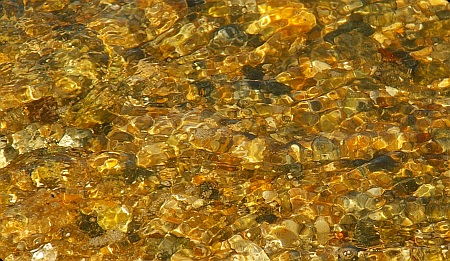 Looking up I was able to capture the moment of victory. Just before I jumped out of my skin as the finish horn “BLAAAPPPED” behind me. 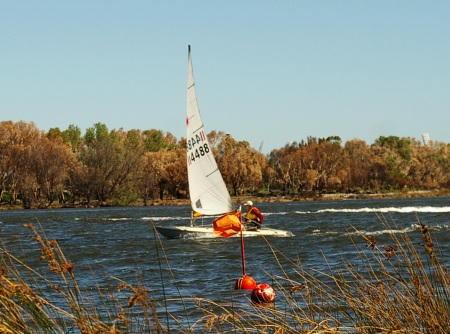 As the fleet passed through the finish line, they prepared to leave the water and wash down their boats, prior to the post-race boastings. 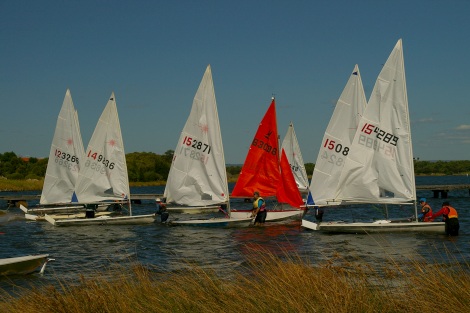 They will be back again next week, weather permitting, and they will do it all again.