With an apparent inevitability, the next Australian Labor Government is approaching its birth.

There will much to do to unwind the damage done to our nation by the Howard/Abbott/Turnbull/Morrison/whoever Governments. Economically, spiritually and morally they have stripped our nation bare, raped her and clothed her again in whores raiment.

There are many so-called landmines being sown by the current Government which will make Labor’s task of repair and renewal difficult. In fact it will be impossible over the short and probably the medium term. Promises of funding such as the fake gift to the worthy McGrath foundation, which will be paid for by the NEXT Government. The blatant stacking of boards and commissions with three and five year IPA and Liberal (but I repeat myself) members.

Yet those two strategies pale into insignificance when we see the ultimate treachery which the Coalition has wrought. And it has worked before. It brought down the Whitlam Government.

Sovereign Risk. The breaking of contracts with other nations, with big multinational countries.

Back in Whitlam’s time, the election of a Labor Government was a shock to the 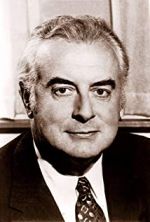 Liberal Party, one they had not planned for. Yet within two years they had worked out a strategy which led to the sacking of the elected Government.

The Libs blocked supply and they convinced the overseas ‘money men’, mainly London and Wall St entities that they should NOT put money into loans for the Whitlam usurpers. The moment Whitlam began looking for money elsewhere, cries of ‘foul’ went up among the Fraser Opposition and the Murdoch and Packer media. Eventually, an unsuspecting electorate threw out their best friend in Canberra and entered into a pact with the Liberal devils.

Things are slightly different in 2019. The Liberal Party can sniff the scent of its doom on the wind. And they have been preparing. Yes, some of that preparation has been in lining their own pockets, readying for their departure from the horse-trough of the Treasury benches. Then there is the planning to create a situation where no incoming Labor Government can operate with clear air.

No matter how many seats the ALP wins this year, the minefield is there to stop any real progress.

Excess forward funding is one class of mines. Liberal-friendly Commissions and Boards is another.

Yet the greatest class of mines are the contracts being signed by this corrupt Government. For to break a contract is the greatest sin any Government can commit. It brings all Governmental contracts into doubt and it raises the spectre of Sovereign Risk. Of a Nation which cannot be trusted in the commercial world.

Examples are the long term leasing of Darwin Harbour to Chinese billionaire Ye Cheng by Adam Giles. Clearly a security risk at the time and more-so now. Yet the ALP Government in the Territory cannot back out of the contract.

The Napthine government’s decision to sign the contract for the East West Link road project just prior to its failed election left Andrews with a $1.1Billion charge to get out of the deal.

Then there are the current mines the Federal Government has been preparing. 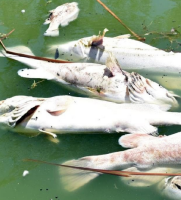 their water licenses almost impossible without major international condemnation and cries from the MSM of ‘Sovereign Risk’. This, despite the damage being done to much of the rest of the continent.

The granting of the Adani Mine permits, permissions and infrastucture will be major obstruction to the ALP’s plans for a renewable future.

The contracting out of almost all ‘Public Service’ tasks to huge international firms such as G4 and Serco should be an obvious treachery yet, in the quest for ever cheaper services, the sell-off of Governmental responsibilities goes on.

Cleverly positioned and carefully camouflaged these mines could lead to the early downfall of a Shorten Government.  As steps are taken to reclaim our own sovereignty the cries of ‘SOVEREIGN RISK’ will echo from both the opposition seats in Parliament House and from the headlines of the Murdoch Press.

Given twelve months of unrelenting fearmongering, Bill Shorten’s Government will be in danger of electoral defeat.

That is, was, and forever will be the Liberal strategy.

Keep your eyes peeled for the first cries of ‘SOVEREIGN RISK’ later this year and remember, for the sake of our nation, what they portend!

One response to “Sovereign Risk, the Hidden Trap”