I have just spent several days sorting out some of my family’s heritage.

My mother died back in 1983 and I inherited her Photo Album. A book full of mainly small dark images which were more of an ‘aide memoire’ than an illustration to be appreciated. It has sat in a drawer for years and I have looked at it occasionally. Mostly with despair because it was so hard to work out what was in the images.

Then I realised, at last, that I have a scanner which can take a little image, scan it at hundred or thousands of pixels per inch and so increase the size of the original and then I can play games with contrast and brightness and stuff. Thank you Irfanview.

Here I am three or four days later an all those images have been scanned, labelled and sorted!

I’m not going to bore you with all 2-300 images but maybe a couple every now and then.

When he came back from the war, Dad  went farm labouring. Firstly at a place called Canna in the Northern wheatbelt of Western Australia. In the aftermath of the depression and the war, the area was still quite primitive. One modern advance was the arrival of the internal combustion engine and that was where I first drove a vehicle. 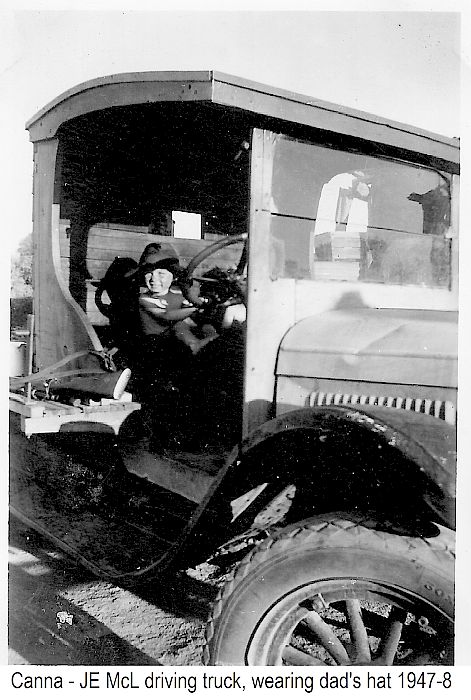 Another, probably more interesting photo was from his time with 603 Air Group. In between bombings and strafings, the aircrews amused themselves. As ground crew, Dad took photographs of some of the fun and sometimes wrote on the back of the photo. This was a US Liberator Bomber.

The kisses were for Mum who was expecting me at the time.