The short-comings of abbott are becoming clearer. As amateur political wonks, many of us can see the grooming of Julie. The puff pieces and air-brushed photos are that obvious.

Yet is it certain that Julie Bishop will be promoted from Foreign Minister to Prime Minister?

When tony abbott reshuffled his front bench it was apparent that it was motivated more by paranoia than by patriotism. The overly-successful Immigration Minister was handed the poisoned chalice of Social Security while the allegedly successful Foreign Minister was left in her position.

So just what is abbott afraid of that we are not seeing?

To find an answer, we need to look into several histories.

Firstly, the history of the Liberal Party.

Founded by the God-King of the home of old money, Sir Robert Menzies, there have been just seven Liberal leaders who have sworn allegiance to the Crown as Elected Prime Ministers.

The Victorian influence is waning as the home of corruption in Australia takes its place in running the Nation. The Rum Rebellion never really stopped. It just keeps changing its faces.

A new leader will almost certainly come from NSW. The slimy, corrupt hands of the nation’s nouveau riche and the faceless neo-nazis of the NSW “Uglies” faction will make sure of that.

Julie Bishop is really a non-starter because the election of a mid-term assassin is not decided by Murdoch’s Media but by the bums on the seats of the Treasury Bench. This also rules out the person who was my bet to take over, Christian Porter. Born in WA but with an impeccable Liberal genealogy he would have many of the Victorian and Queensland Members supporting him should there be a choice between him and an NSW candidate. But it is too soon for him.

Secondly, The history of the “Uglies”.

The “Uglies do not really exist for we are always told, in shrill denial, that the Liberals do not have factions. So what follows must be a complete fiction. 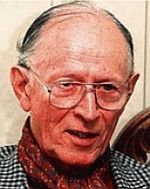 Lyenko Urbanchich, a Slovenian Nazi, “Ljubljana’s Little Goebbels” was, after the war, “bleached” from “black” to “grey” and finally to “white” and so was eligible to migrate to Australia, bypassing all the trials being conducted against former Nazis. Mark Aarons wrote the Urbancich obituary for the Sydney Morning Herald in 2006.

“THE passing of Lyenko Urbanchich ends the almost 70-year political career of the man who invented ethnic branch stacking in Australia. He was also the last, and most powerful, of the central and eastern European Nazi collaborators and war criminals who infiltrated the Liberal Party from the 1950s and coalesced with Australian rightists to form the “Uglies” faction.”

Dr. George Venturini has now written of the first of the Liberal’s faceless neo-nazis, Lyenko Urbanchich, or Ljenko Urbancic depending on who translates his name from the original Slovenian. “For over two decades he stacked Liberal branches along the eastern sea-board part of New South Wales. His control of the Liberal Ethnic Council of New South Wales, set up in 1977, was absolute. His faction was openly called ‘the Uglies’. It did not die with the death of Urbancic in 2006; on the contrary, it continued by the care of an Upper House’s member – with quiet success. The key to that is anti-Semitism – broadly defined, and most of the time discreet, whispered, nudge-nudged and wink-winked. The transfer of that prejudice was to embrace in an attitude of diffidence, in time mounting to hatred, for most people from the Middle East (in a convenient Anglo ‘definition’): ‘the Arabs’, the Turks – who won at Gallipoli, the Lebanese – often lambasted as ‘bloody Lebs’, the Iraqis attempting to take refuge after ‘the good, real-Australians’ had recently invaded and devastated their country, and of course the Israelis, and the Palestinians. So Morrison was, quietly at first, in his comfortable milieu.

Morrison presided over the organisation of the Liberal Party in New South Wales, earning the praise by future Prime Minister John Howard, who said that he had never seen the state party better organised.

Does this mean that Morrison did a great job, or was he using the Uglies as a crutch?

That “Upper House’s member” Venturini  refers to is David John Clarke who was the focus of a Four Corners report in 2006.

Venturini suggests that Morrison and Urbanchich first came into contact in 2000 when Morrison was appointed NSW Liberal Party Director but I feel there had been contact years before.

Morrison’s father was Mayor of Waverley around 1986. At the same time, Urbanchich was involved with Jim and Caroline Markham who each served terms as Waverley’s Mayor in the 1980’s.  Aarons wrote, “For many years, however, he lived in Bronte Road in Waverley, where he also built another powerful political base. He worked closely with Jim and Caroline Markham, who had both been Liberal mayors of Waverley Council, and with the eccentric ruling-class, right-wing activist Major Ashley Riddle.”

It would be almost impossible for the teenaged Morrison NOT to have met and been influenced by Urbanchich.

Now the Uglies are removing all moderates from the NSW Liberal Party. Racism and prejudice are prerequisites for endorsement and we have all been told, many, many times that the Western Sydney electors decide the make-up of the Australian Parliament. Michael Towke was one such victim. Pre-selected, dumped and then replaced by Morrison.

Sooner or later, these “uglies” will lose patience with Abbott, who is there, supported by an Uglie power-base.  Should there be a leadership spill amongst the Liberal ranks, there will be no surprise should those Uglies, the faceless neo nazies of the Liberal Party, have sufficient stacked branches and the numbers in Parliament to elect Morrison as the next Prime Minister. They did it the last time the Libs had a leadership spill. They had abbott elected. They will do it again.

Get used to the sound. “Prime Sinister Morrison“.

Then stand back and watch as our Nation falls into a bad 1930’s Nazi rerun!